The National Orange Show Event Center is a continuation, with some modifications, of a non-profit association formed in 1910. The National Orange Show launched with the purpose of being an asset to California’s citrus fruit industry. A permanent location for the show in San Bernardino was selected in 1923 in the area south of Mill Street between Arrowhead Avenue and “E” street. Construction of permanent improvements on this property, financed by a bond issue, was started the following year. 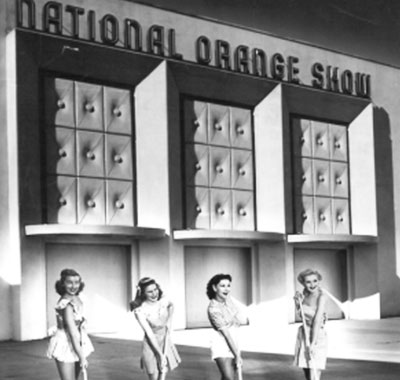 The first permanent National Orange Show exhibition hall had almost 100,000 square feet of floor space and was the largest structure of its type in California. Sadly however, in July 1949, the building was completely destroyed by fire. By March of 1950, a new and larger exhibition building was ready for use. Shortly after, two additional buildings, one for commercial and industrial exhibits and the other for feature exhibits and trade shows, were built on the property. As the years progressed, more and more buildings were added to the Orange Show property including administrative buildings, an auditorium, and a dining center.

Each year, the directors and governors of the Orange show attempted to add a new dimension to the National Orange Show as a venue for year-round activity. By 1977, use of Orange Show grounds during the fair’s off-season, had exceeded one million individuals. Interim activities held on the fair grounds varied from swap meets and trailer rallies to picnics and fire and police training exercises. In 1979 when San Bernardino Valley College informed the Orange Show that it would no longer use the Stadium for football games, the auto race schedule was expanded to become a permanent feature of the Stadium.

The current National Orange Show Event Center spans over 120 acres and offers 150,000 square feet of indoor exhibit space, a quarter mile speedway, state-of-the-art satellite wagering center, and can accommodate more than 40,000 attendees and park approximately 8,000 cars. The center continues to carry out its mission to promote and preserve the citrus industry; manage and operate year-round recreational and cultural facilities to attract special events focusing on education and family entertainment; and support the community through charitable programs , scholarships, and active community involvement. 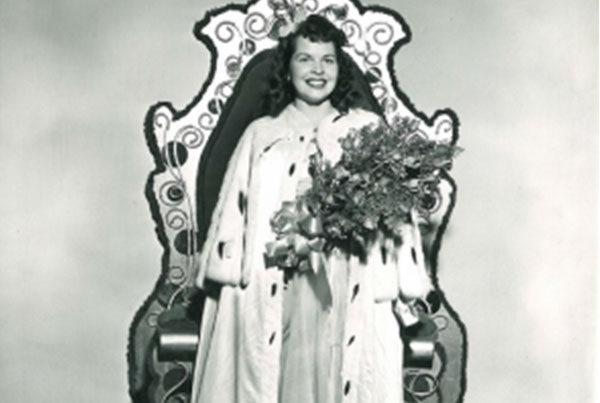 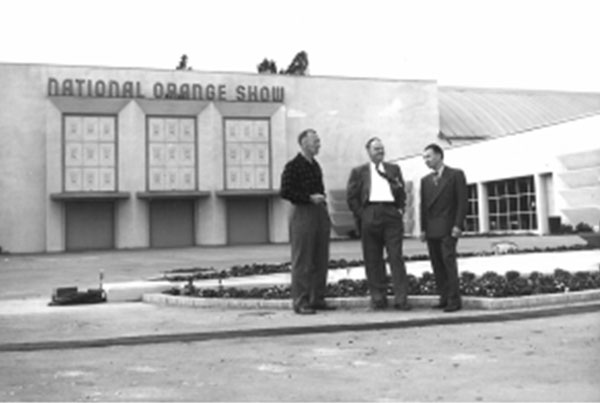 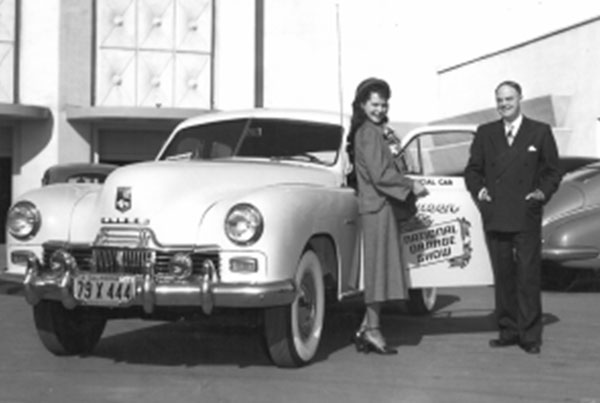 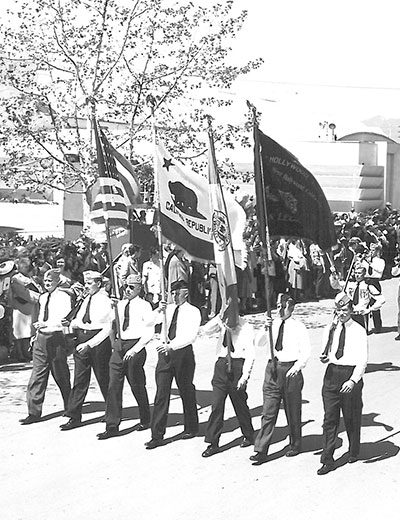 Originally a Latin American mutation of a variety from the Iberian Peninsula named for its “belly button” at the blossom end, the Washington Navel Orange was first brought to the area in 1873. The fruit soon became a major catalyst for the development of California’s Citrus Industry. But the story goes back much further…

According to Ingersoll’s Century Annals of San Bernardino County, Anson Van Leuven brought the first orange trees, six in number, to San Bernardino Valley from San Gabriel Valley in 1857. In 1869, Lewis F. Cram was given the opportunity to buy 500 trees, but opted to purchase only enough rootstock to plant 1 ¾ acres. By 1887, he showed a net profit of $1,757 on this meager planting, over $1,100 net per acre–a good fortune in those days. In 1873, the U.S. Department of Agriculture sent California’s two original orange trees to Eliza Tibbets. The tree’s seemingly endless oranges won awards at major expositions for their superior quality and taste. Ms. Tibbets soon had a booming business selling buds from her celebrated stock. By 1910, one year before the National Orange Show began, at least 100,000 acres in California were planted with the progeny of her trees and California navel orange sales had reached $200 million.

Along with the growing industry, a series of citrus fairs were held in the 1880s and 1890s. The world’s first Citrus Fair was staged in Riverside in February of 1879. It was at this fair that the Washington Navel was first exhibited and its superior qualities recognized. The fair was such a success that a second fair followed in February 1880, and a third in March of 1881. The citizens of Riverside were so delighted with the success of the fair that they turned it into an annual event and actually erected a pavilion for the fair of 1882. Annual citrus fairs were held in Riverside, except for one or two that were held in Colton, until 1891. At the same time, similar fairs were being held in Los Angeles and San Bernardino County.

In 1889, the very first “Orange Show” was staged in San Bernardino. This premier show was scheduled to run a week, but the promoters were doubtful as to whether or not the show would last that long. Each day, a brief message appeared in the Courier (the forerunner of San Bernardino’s newspaper, The Sun) urging committee members to obtain exhibitors. When the show opened, fifteen county communities were represented in the citrus exhibits. Other county products also on display included raisins, walnuts, lemons, limes, grapes, apples, and Cucamonga wines and brandies. The show opened with the City of San Bernardino band playing from a Van Dorin Building balcony on Third Street. The event cost $744.25 to produce, with $1,180.25 in revenue. Since financial success was apparent and the show was so well received by the community, the event was extended to an eleven-day run.

In 1998, after reducing the run of the fair to five days, the content of the fair was restructured to the needs of the surrounding areas. At the realization that some children in the area have never seen a pig or a cow and have no concept of where their food comes from or what their clothes are made of, the National Orange Show developed livestock and agricultural programs that cater to education rather than competition. In addition, the fair stepped away from the industry-wide Schools Involvement Program to create a program that fits the needs of local educators. The National Orange Show’s carnival company offers affordable prices so families can enjoy an economical day at the festival. Above all else, the National Orange Show strives to present an event that is memorable, entertaining, and innovative.
As decades pass and needs and trends change, so will the National Orange Show. But what remains at the heart of the fair will always be commitment to the community, entertainment for the whole family, and a homegrown appreciation of California oranges.